The Big Mac index
THE Big Mac index was invented by The Economist in 1986 as a lighthearted guide to whether currencies are at their “correct” level. It is based on the theory of purchasing-power parity (PPP), the notion that in the long run exchange rates should move towards the rate that would equalise the prices of an identical basket of goods and services (in this case, a burger) in any two countries. For example, the average price of a Big Mac in America in July 2013 was $4.56; in China it was only $2.61 at market exchange rates. So the "raw" Big Mac index says that the yuan was undervalued by 43% at that time.

This adjusted index addresses the criticism that you would expect average burger prices to be cheaper in poor countries than in rich ones because labour costs are lower. The adjusted index uses the “line of best fit” between Big Mac prices and GDP per person for 48 countries (plus the euro area). The difference between the price predicted by the red line for each country, given its income per person, and its actual price gives a supersized measure of currency under- and over-valuation. 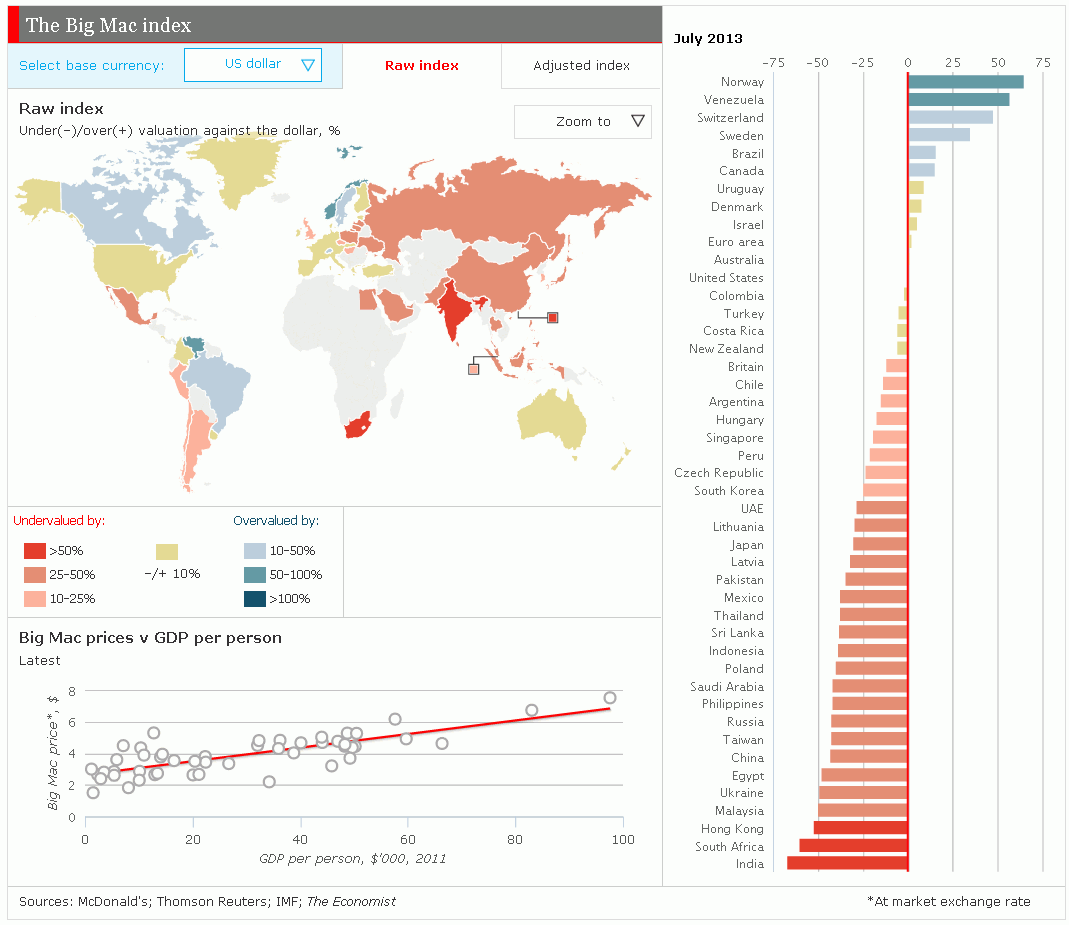 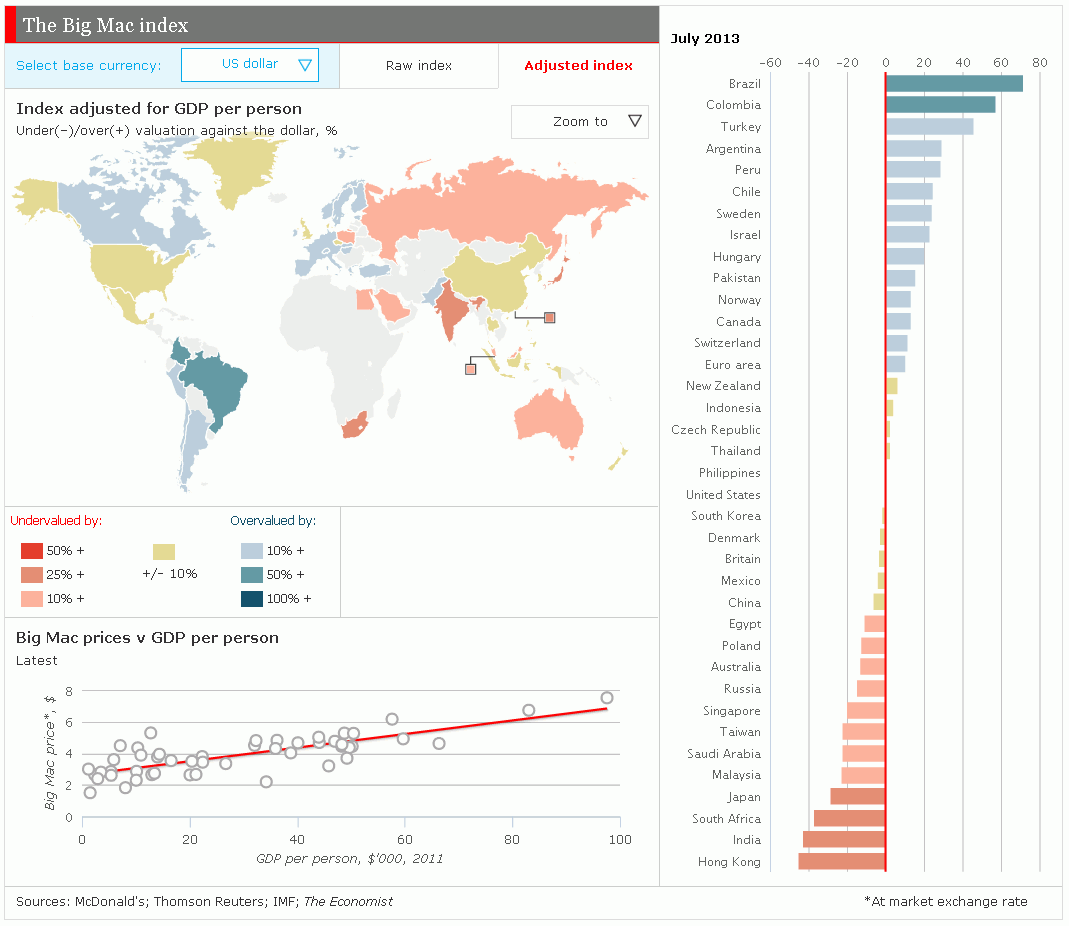 What Does An Appendectomy Cost? 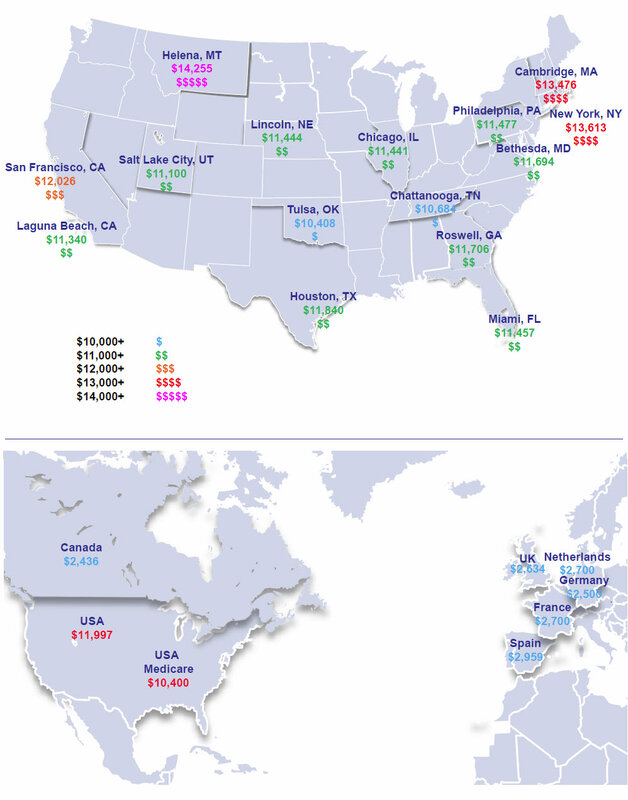 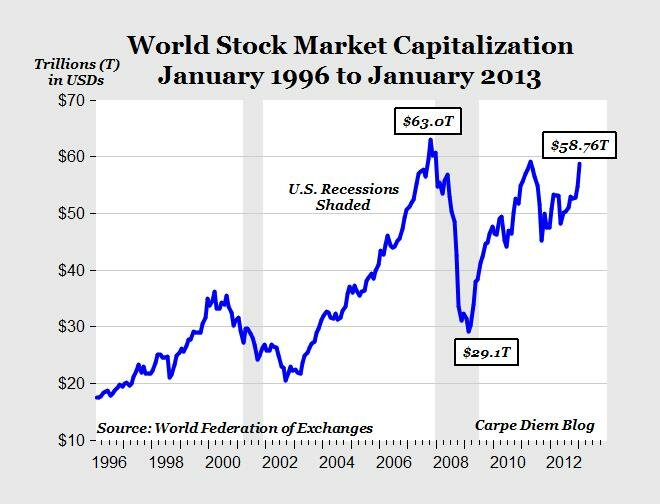 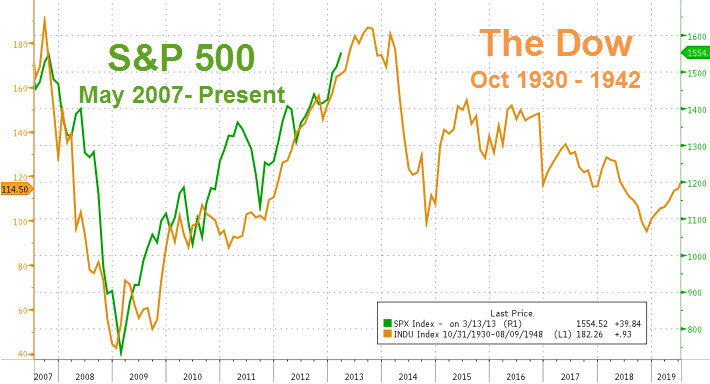 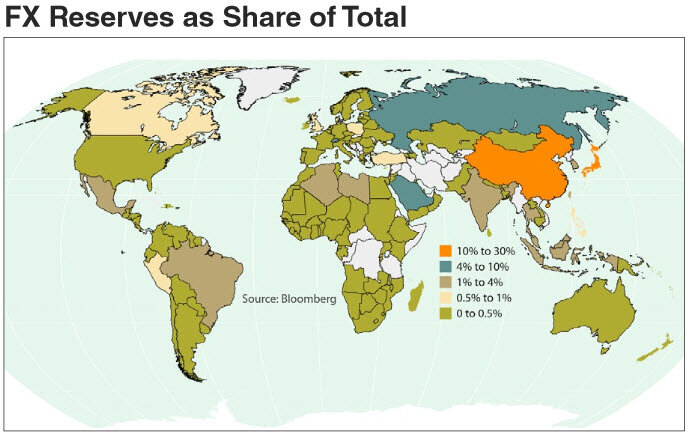 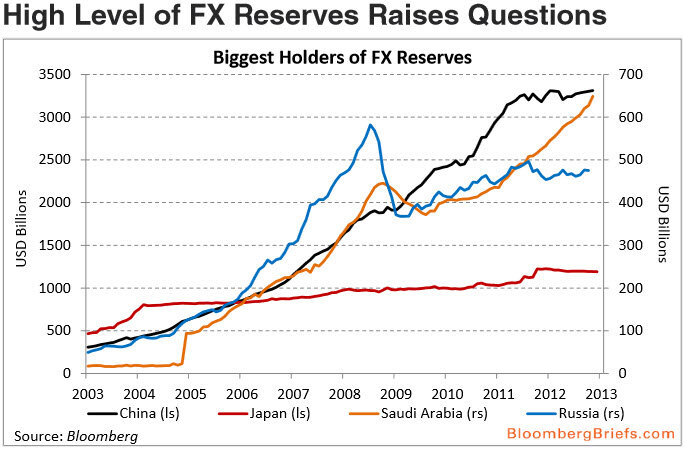 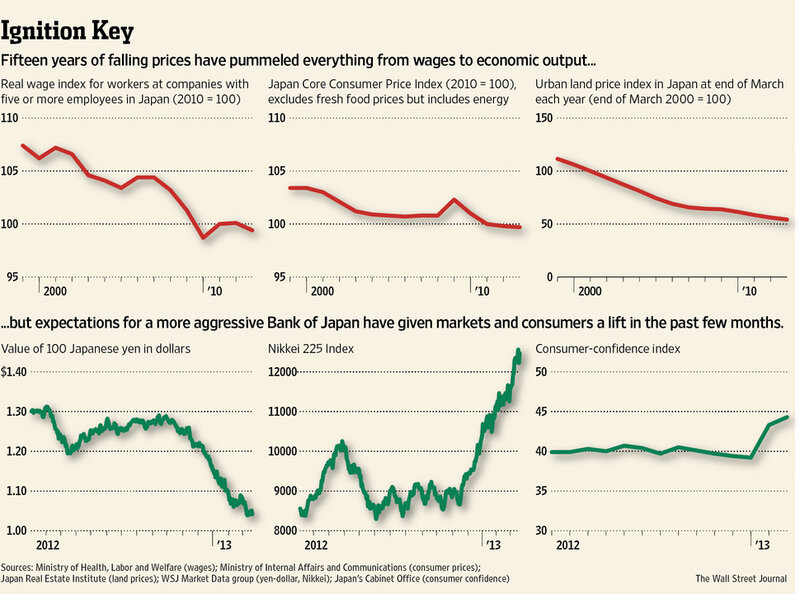 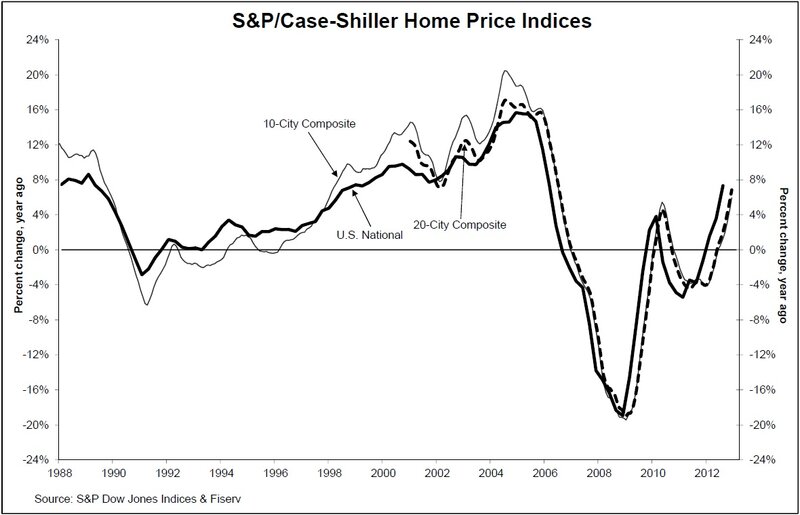 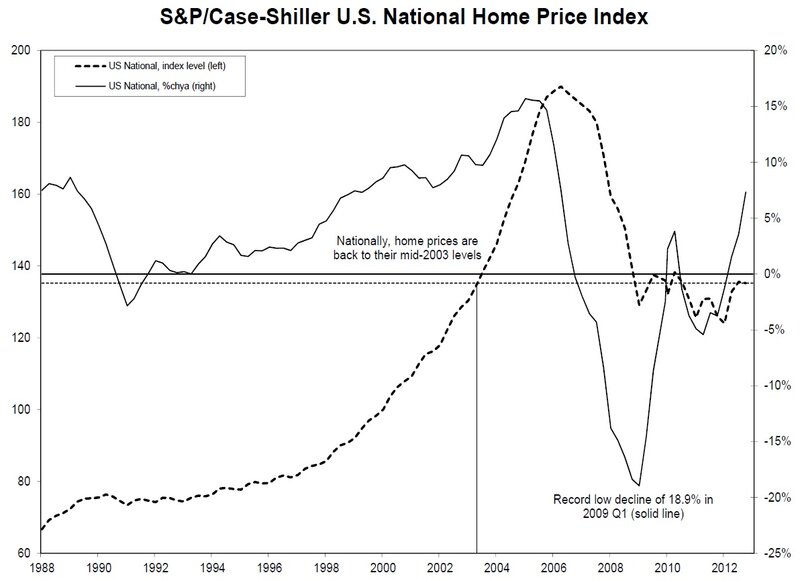 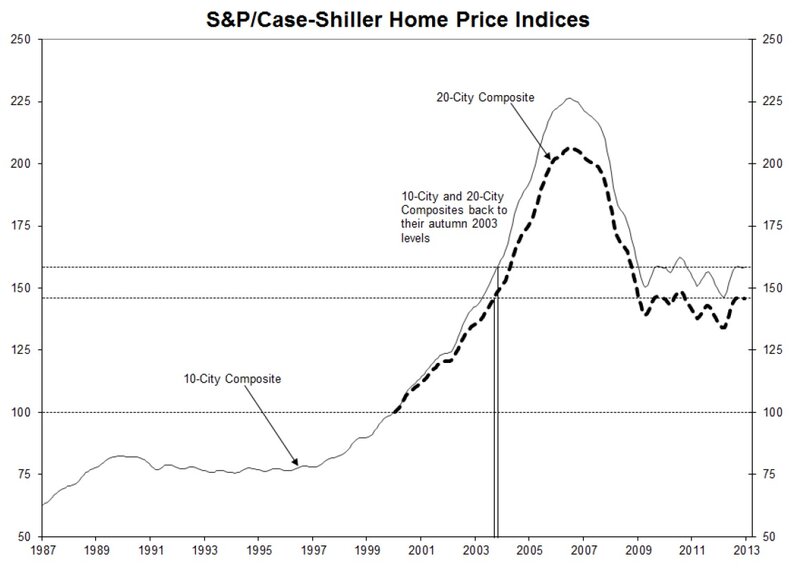 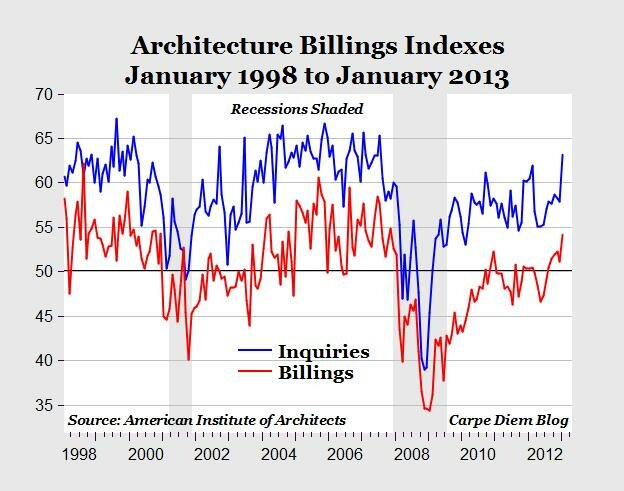 February 21, 2013
January home sales were highest for the month in six years; more homes are selling faster at higher prices 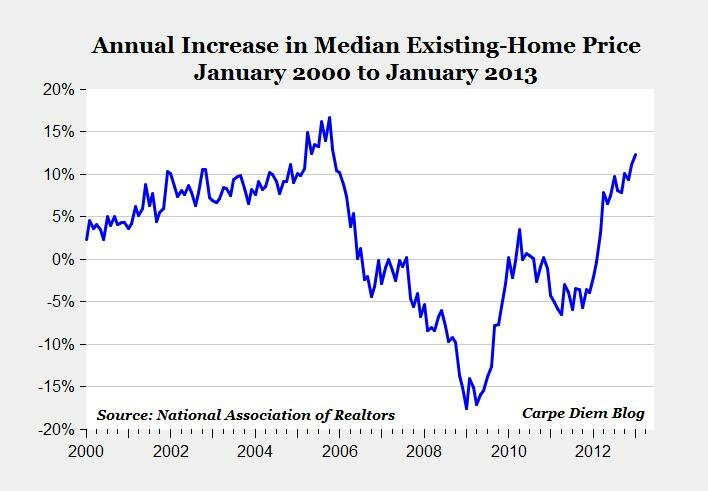 Logging towns like Eugene, OR are on a roll as the housing recovery boosts lumber demand; prices near an 8-year high 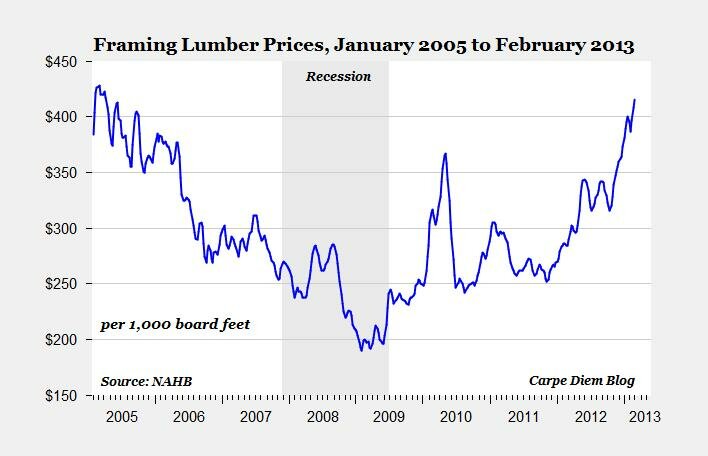 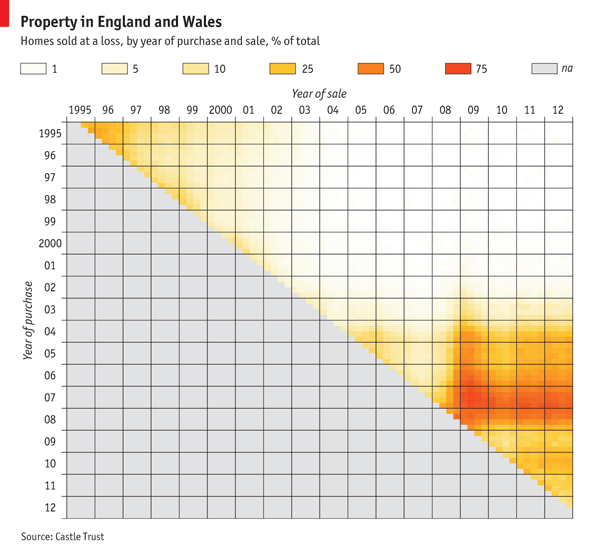 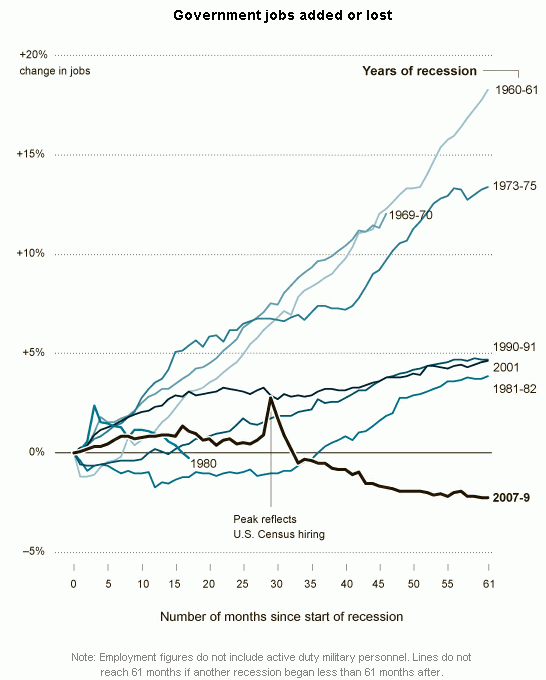 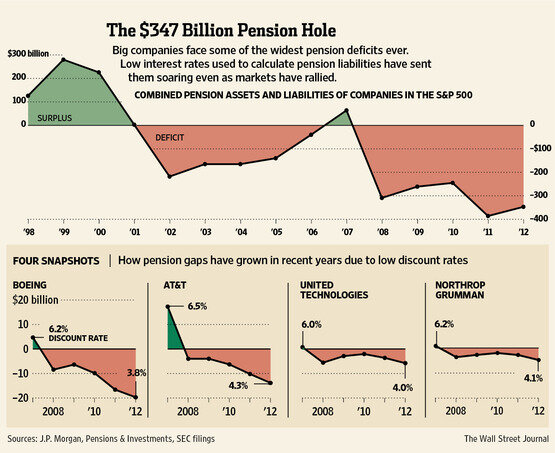 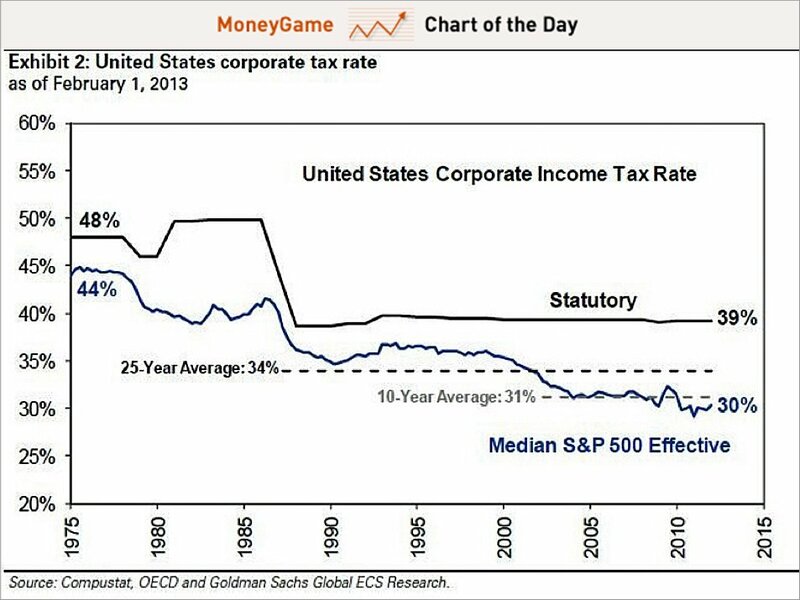 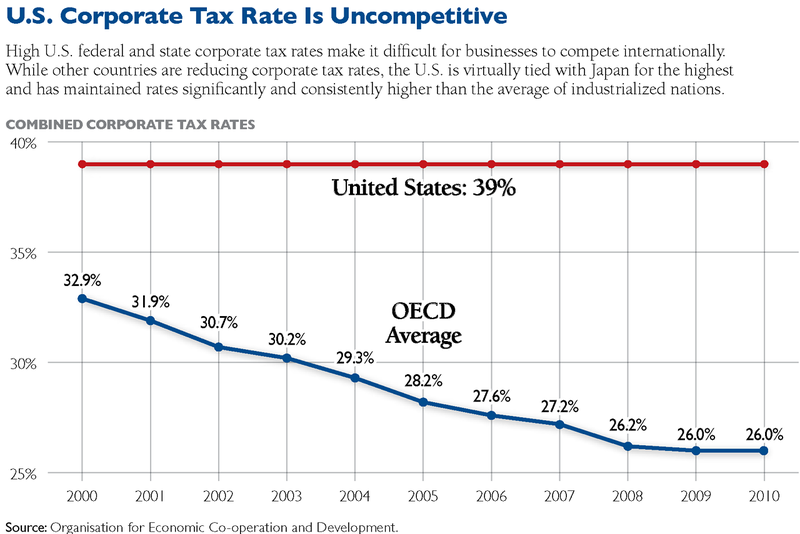